Get in Touch
Industry News

And reasons why it's worth the effort 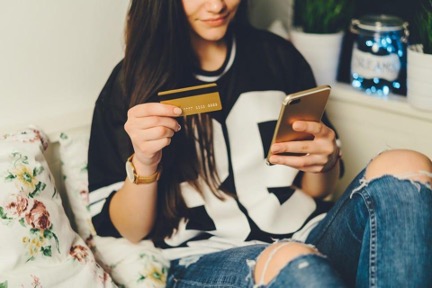 Editor's Note: No matter the digital marketing strategy the data must be at the heart of everything you do, otherwise your content risks being irrelevant and will drive customer churn. The good news is that Millennials and Gen Z'ers spend a lot of their time online educating themselves on their options, and your options for data collection through your ecommerce is now pretty turnkey. For example, you can collect behavior-based data through ecommerce tags to enable automated, high-importance messages like abandoned cart or back-in-stock notifications.

To learn more about how managing data builds trust, read on (trust us, you'll learn something).

Retail is obsessed with Generation Z – the 68.2 million people between the ages 10 and 25 – for even more compelling economic reasons than the industry was obsessed with Millennials.

These tweens, teens and 20-somethings are holding $360 billion in disposable income, have a freakishly innate tendency to do their own brand research, and most use their smartphones at least five hours every day, the site 99 Firms reports, contributing to massive amounts of consumer data.

All of which presents so much upside potential for retailers, particularly those operating membership programs. For starters, retailers can use their shopper data to understand what is relevant to this consumer group and earn their trust, which is in short supply. Just 39% of Gen Z internet users trust brands to keep their data safe, according to Insider Intelligence. That’s the lowest confidence rating of any generation, which isn’t surprising given the number of data breaches that are in the news each day.

These 5 Loyalty Factors Distinguish Gen Z from the Rest

Gaining trust among an entire generation of skeptics is not something that can be smart-phoned in. Gen Z’s reliance on digital technology has made them natural investigators. They have sharp BS detectors, so companies that wish to earn their trust must commit the work to prove they are, in fact, worth trusting. No fudging on the facts or greenwashing initiatives.

Consumer data and membership programs can serve as exceptional tools in this effort because they provide immediate insights into purchases, channels, and preferences. However, the context of Gen Z’s paths to purchase might require these tools to undergo some adjustments.

Here are five reasons why it’s worth the effort.

Reason 1: They’ve been de-programming. In 2020, the share of Gen Z consumers active in at least one membership reward program declined to 59% from 68% in 2018, an Oracle study states. The pandemic likely played a role, but that doesn’t matter because all companies know winning back customers is more difficult than keeping them.

So what attracts the attention of post-pandemic Gen Zers? Here’s one hint: In 2021, 70% of Gen Z consumers belonged to at least one premium (aka paid) reward program, retail consultant Clarus Commerce has found. This suggests that they anticipate greater value and better treatment when they pay for a service. But more importantly, the figure represents a generational swing, as just 57% of boomers belong to paid reward programs.

Reason 2: They’re pioneering different paths to purchase. More than half of Gen Z shoppers skip the middleman and shop directly from a brand’s website – 7 percentage points more than the total population, according to the consumer research group WSL Strategic Retail. Similarly, they are more likely than the total population to enroll in product subscriptions (by 10 percentage points), such as Hello Fresh meal kits, Stitch Fix clothing and Birchbox.

Retailers would likely gain an advantage by partnering with brands, especially direct-to-consumer brands, and create a dominant presence on their sites. Glossier’s recent partnership with Sephora stores, to roll out in 2023, is expected to expose both companies to more young consumers (and reward members), according to Vogue Business.

Reason 3: They want credit card workarounds. By spring 2022, credit card balances among Gen Z consumers rose by 30% over the same 2021 period, according to the credit score firm VantageScore. This may be why more than half of Gen-Zers prefer “buy now pay later” (BNPL) options to credit cards, per Adweek research. More than half, 55%, used BNPL services at least once this year, according to a July report. And in 2021, they made up 75% of all BNPL users. Merchants should be sure to communicate that rewards can be earned and redeemed with every payment installment of a BNPL program.

Reason 4: They’re a mixed bag of opportunity. According to Insider Intelligence, members of Gen Z are the most racially, ethically and sexually diverse generation – ever. Their digital connectivity raises their awareness of the issues that can compromise opportunities for all, including workplace fairness, global sustainability and gender stereotyping. And they are active supporters of these causes. Retailers and brands can communicate their missions through membership programs and encouraging customers to get involved.

Take Ben & Jerry’s. Its consistent messaging about inclusivity is credited with improving sales, Forbes reports. And there’s the expanding trend among women’s apparel sellers, including Victoria’s Secret and Nordstrom, to communicate inclusivity with mannequins that look like real women (i.e., size 12).

Reason 5: They inspire Gen Alpha. The children growing up behind Gen Z are similar to their older influencers in that they are being raised with digital devices clenched in their dimpled hands. (The first of Gen A were born in the same year as the iPad, 2010, after all.) So, while the screen may be their “north star,” the people they follow on those screens are likely close enough in age to qualify as both authoritative and cool. The brands and merchants that Gen Z champion as influencers are therefore more likely to earn the trust of the Alphas.

The members of Gen Z aren’t only inheriting a new world, they are inheriting its challenges, with eyes wide open. This awareness elevates the challenges retailers must overcome to prove themselves, and it should. Not a single customer should be taken for granted.

You don’t need to be a grown-up to know that.

This article was written by Jenn McMillen from Forbes and was legally licensed through the Industry Dive Content Marketplace. Please direct all licensing questions to legal@industrydive.com.

Subscribe to The Vibe to get updated on all things mobile marketing, including consumer insights and data, emerging strategies for consumer engagement, exclusive interviews, compliance regulation updates, and more.

Thank you! Keep an eye on your inbox for updates.
Oops! Something went wrong while submitting the form.
Close Cookie Popup
Cookie Settings
By clicking “Accept All Cookies”, you agree to the storing of cookies on your device to enhance site navigation, analyze site usage and assist in our marketing efforts.
Accept All Cookies
Cookie Settings

Cookies Preferences
Close Cookie Preference Manager
Cookie Settings
By clicking “Accept All Cookies”, you agree to the storing of cookies on your device to enhance site navigation, analyze site usage and assist in our marketing efforts.
Made by Flinch 77
Oops! Something went wrong while submitting the form.