Get in Touch
Aggregation

What an SMS Aggregator is and How to Choose One

Aggregators play a vital role in getting SMS and MMS messages from sender to recipient, but not all aggregators are the same. Here’s what you need to know about text message aggregation, some tips on selecting the best partner, and questions to ask before choosing a new aggregator. 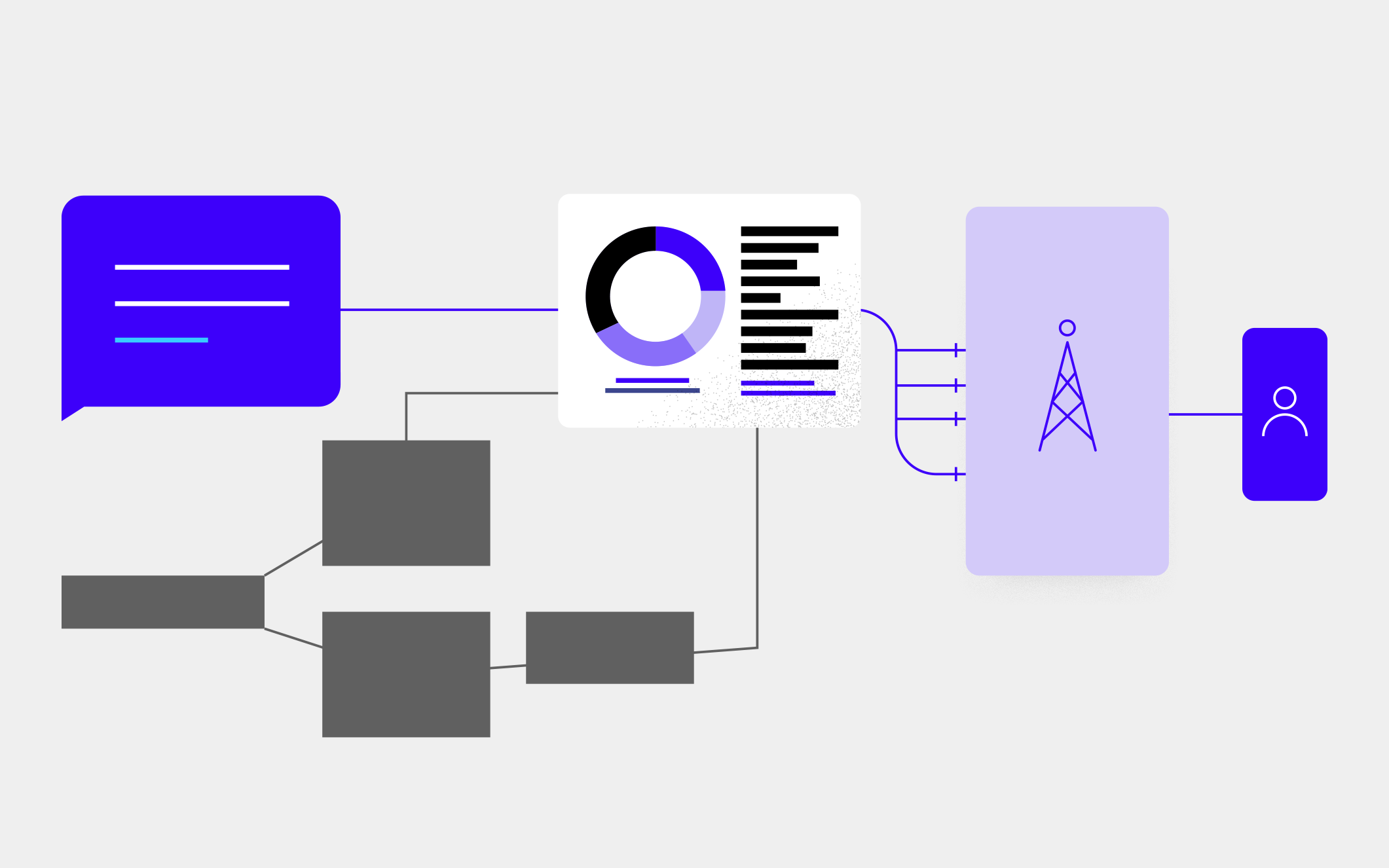 Most mobile phone users send and receive SMS and MMS messages all day, blissfully unaware of what’s going on behind the scenes to get those plain text and multimedia messages from origin to destination. That’s because in their eyes, sending and receiving messages are one-step processes that happen in a split second.

And that’s more or less true when one person texts another. What they don’t realize is that when they receive SMS and MMS messages from brands, the important role one or more aggregators play in ensuring that the messages get from the brand to their mobile device quickly and successfully.

What Is an SMS Aggregator?

An SMS aggregator provides a link between the wireless carriers (AT&T, Verizon, T-Mobile, etc.) and any business or application trying to send text messages to the end consumer.

Aggregators serve a crucial role in the mobile ecosystem to help standardize the way in which businesses and applications communicate with consumers. Without an aggregator, the carrier networks would be left to sort out those details on their own across multiple millions of SMS and MMS text messages every day.

Every text message sent outside of the peer-to-peer network will be touched by an aggregator, which not only sets up the relationship between the carrier network and the text messaging software provider but also provides the gateway connection needed to transmit those messages from sender to recipient.

Here’s how it works:

With the right aggregator in your corner, you can simplify the process of building and maintaining connections with wireless carriers, speed up the campaign onboarding process, and have just one point of contact with your third-party service provider.

Not All Aggregators Are the Same

SMS aggregation has been around for about 25 years, during which time the sector has fragmented into two distinctly different “tiers.” Tier 1 aggregators connect directly to both the top wireless networks and the smaller cellular carriers. This ensures that both SMS and MMS messages take the fastest path from your company to its customers. There are only four companies that have direct connection to all major U.S. carriers—Vibes being the only independent one left.

Tier 2 aggregators (aka, “sub-aggregators") do not have direct connections with the carriers and instead work with third parties to send and receive your messages. They only have access to SMS messages, which are sent on their behalf by those third parties. This puts you at least one additional step away from the carriers that are handling your message delivery and you will find yourself paying more for the middleman.

“There are a lot of players out there right now calling themselves SMS aggregators,” says Robert Charney, Director, Business Operations at Vibes, which is one of just four Tier 1 aggregators. “But any Tier 2 provider probably has to make several ‘hops’ before it can get those to the carrier for distribution.”

Why Tier 1 Matters for Your Business

By working with a Tier 1 aggregator, you gain access to a variety of benefits that help you be successful with your SMS marketing:

In summary, if you care about message reliability, speed, price, and want an overall peace-of-mind knowing your messages will reach the intended recipients in a timely manner, you want to partner with a Tier 1 Aggregator.

8 Questions to Ask When Selecting an SMS Aggregator

Just because an aggregator says they are Tier 1 doesn’t mean they are a reliable provider. Before selecting your SMS aggregator, ask your prospective partner these questions:

Once you have the answers to your questions, you’ll have a good idea of exactly what type of aggregator you’re talking to, how it operates and what its strong and weak points are. Use the information to compare features and services across multiple aggregators before making your final selection.

Being one of only four Tier 1 aggregators in the U.S. is an honor we live to uphold. It means that mobile carriers know they can rely on us as the conduit between mobile marketing messaging software and the carriers themselves. They know that we only support quality mobile marketing, never spam, and that we work with our customers to ensure appropriate use of SMS marketing messaging.

As a Tier 1 provider, we offer:

In summary, an SMS aggregator that has direct connections to all the top carriers, redundant systems to ensure message deliverability/reliability, an ability to quickly provision new short codes, proactive carrier monitoring (letting you know when a carrier is having trouble), and a US-based support team that you can call directly 24/7/365 over the phone makes for a great Tier 1 aggregator.

The tier SMS aggregator you choose to work with will have a direct impact on the success (or failure) of your mobile marketing campaigns.

Tier 1 aggregators are the only ones who have direct carrier connections and as a result offer better delivery speed, faster provisioning, and reliable technical support. To ensure aggregators are who they say they are, make sure to drill down on their experience level and ask about their relationships with carriers before routing any messages through them.

Using low-code application programming interfaces (APIs), Vibes makes it easy to set up and start sending SMS and MMS text campaigns. With our average 3 day connection setup, you can be sending texts through our high-performance network in no time and at a price that's hard to beat.

If you’re not convinced then consider this: if only 80% of your mobile subscribers receive your promotional text message, you’re leaving money on the table with those customers who never received your message, due to spotty delivery. You’re paying to reach 100% of your mobile customers. Make sure you’re actually connecting to them.

Subscribe to The Vibe to get updated on all things mobile marketing, including consumer insights and data, emerging strategies for consumer engagement, exclusive interviews, compliance regulation updates, and more.

Thank you! Keep an eye on your inbox for updates.
Oops! Something went wrong while submitting the form.